We have been awarded 2021 Best of Accounting Award for providing superior client service. BMF received significantly higher satisfaction scores than the industry average.

It was the second week of November and I was making my way up to our new Cleveland office in stop-and-go traffic from the moment I got onto I-77. I was anxious to get there on time, nervous about meeting new  people, and curious to see what the office looked like. Today was picture day.

And what a great first impression I was about to make {sarcasm}! I introduced myself to my new colleagues by forcing them to sit in front of a camera for a photo shoot before they even had time for a cup of coffee. Luckily for me, they were all wonderful sports, had great senses of humor, and took great photos. Not to mention, they were extremely welcoming. Within that first hour, it had become quite clear that we had embraced people who shared similar cultures, values, and philosophies.

After I finished torturing them with flashbacks from grade school and yearbook photos, I was graciously given a tour of their office, followed by an incredible opportunity to meet one of our new partners, Tod Wagner. Tod, the epitome of a young, successful leader, took an unscheduled couple of hours out of his day to show me the profound history that Cleveland holds within its streets.

Bundled in our coats, we hit the pavement and headed toward our first stop, City Hall. Between the revolving doorways and landmark visits, Tod filled me in on fun facts about the town, including the front row seats they had for the filming of Captain America. Listening to him talk, I could feel the pride he has for Cleveland—his city.

I’ve been to Cleveland many times before, but I’ve never seen downtown with the same appreciation, the same vision of its potential still to come—that’s what Tod showed me. It’s reflected in the grand rotunda of
Cleveland City Hall, the gold leaf ceilings adorning the courtrooms of the U.S. Courthouse, the rows upon rows of books in the Cleveland Public Library, and the beautifully carved wooden doors in the Cuyahoga County Courthouse that still feel as smooth as the day they were made.

It’s not just Cleveland’s history that Tod showcased but its future potential as well. All around us were reminders of the $5 billion being invested in Northeast Ohio’s center—the new convention center, new hotels, the Global Center for Health Innovation, the new Heinen’s, even the one-year waiting list that’s common now before getting a condo or apartment downtown. Who would have thought that would be the case a few years ago!

With more than 100 years of financial and accounting expertise combined between our two firms, Bober Markey Fedorovich and Libman, Goldstine, Kopperman & Wolf, you get the feeling on Cleveland’s streets that we’re all in just the right place at just the right time. Tod’s walking tour of Cleveland reminded me of the tremendous potential of our region and our two firms.

As we rounded our last corner to head back, the first snowflakes of the year began to fall. It’s yet another new season for Northeast Ohio and an exciting new season of progress for all of our new colleagues at Bober Markey Fedorovich. I look forward to seeing what the future holds. 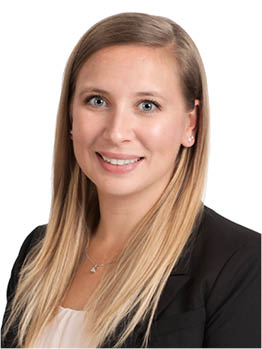