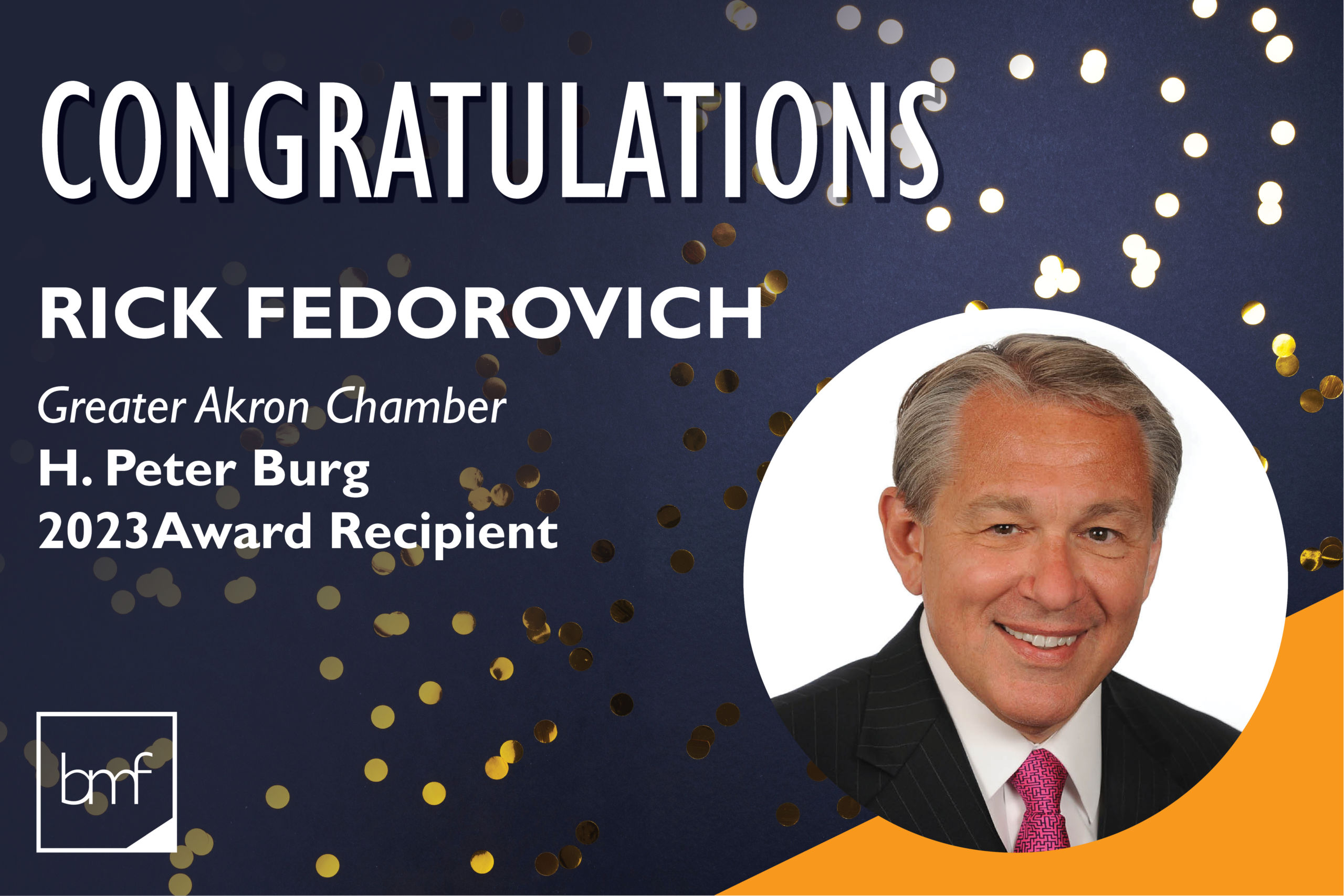 January 18, 2023 BMF in the NewsBreaking News and AlertsMeet Our Team

Listen to the interview with Ray Horner, Program Director at WAKR.

We are excited to announce that Richard C. Fedorovich, our Executive Chairman, has been selected as the 2023 recipient of the H. Peter Burg Economic Development Leadership Award, presented by the Greater Akron Chamber. This award was created in 2004 in memory of H. Peter Burg to recognize a leader who demonstrates a commitment to economic and community development in the Greater Akron region. It is also one of the highest honors the Chamber bestows.

Rick has served as both a leader within our community as well as an adviser to many of the region’s large and middle market businesses, stimulating investment and job growth in the region. And his passion for those who care about our community is second-to-none through ensuring business leaders are bringing the best of their organization’s people and skills to some of the region’s most pressing issues.

I believe that being engaged and making an impact is a responsibility of every leader in our community to help shape Greater Akron today and more importantly, for the success of our region long-term.

Rick joins a group of prominent community leaders, including recent award recipients County Executive Ilene Shapiro, Roger Read, S. Theresa Carter, the late Philip Maynard, and others as H. Peter Burg recipients. Rick is the 18th recipient of the award and will be honored at the Chamber’s annual meeting on March 15 at the John S. Knight Center. 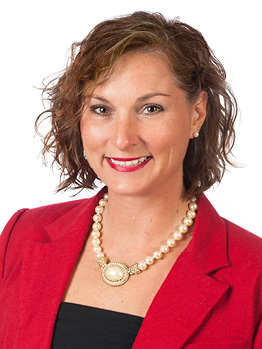