For six years now, construction industry leaders and accounting professionals have been nervously following the progress of a new revenue reporting standard that was being developed by the Financial Accounting Standards Board (FASB) and the International Accounting Standards Board (IASB) to create a new globally consistent revenue model from contracts with customers. This new standard had the potential to fundamentally change the way construction companies recognize and report revenue on long-term contracts under U.S. generally accepted accounting principles (GAAP).

After several rounds of exposure drafts and public comments, the final version of the new standard was released in May 2014. Accounting Standards Update 2014-09 (ASU), Revenue from Contracts with Customers, represents a major accounting change, but the effects appear to be less tumultuous than originally feared.

Although the effective date is still a few years away, any contractor that is required to complete a GAAP-compliant financial statement for investors, lenders or sureties, should begin thinking about how to adapt its accounting practices to comply.

Percentage of Completion and Cost-to-Cost

This standard reflects a shift from what’s known as “rules-based” accounting to a “principles-based” system. There are still rules, of course, but much of the detailed, industry-specific revenue recognition guidance that construction firms have traditionally relied on is replaced by a set of broad objectives that are designed to ensure good reporting.

Contrary to earlier fears, it now appears most contractors will still be able to use the percentage of completion method for recording revenue from long-term contracts. Some of the terminology and technical procedures may be different, but this widely used method will still be permitted.

One area of great concern was the proposed requirement that long-term contracts be broken down into a series of smaller, separate “performance obligations.” It originally appeared that contractors would need to allocate the appropriate portion of the total contract price, costs to date, and total anticipated costs to each performance obligation.

This posed particular difficulties in design-build contracts, where services are bundled and integrated rather than segmented. It could also complicate common accounting industry practices such as performance bonuses, change orders and post-completion warranty work.

Although the final standard is less revolutionary than originally feared, contractors still face some fundamental challenges. For example, the new standard removes certain categories of costs from the revenue recognition calculation, and other costs must now be allocated differently. The new standard will also require significant changes to footnote disclosures. Most contractors’ contract and job cost reporting systems will need some modifications to accommodate these changes.

The new standard goes into effect for public companies for the first annual reporting period beginning after December 15, 2016. Nonpublic companies may elect to wait until the first annual reporting period after December 15, 2017. For contracts that span these deadlines, contractors can choose from several options for handling the transition.

The earliest deadline is less than two years away, so now is the time to start thinking about the changeover — and how you will adapt your accounting practices to comply with the new standard. 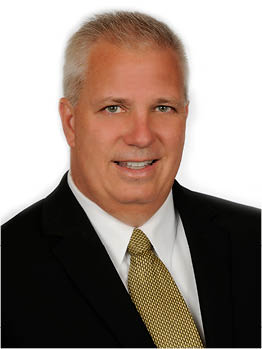