A more detailed summary of H.B. 5 is provided below:

Establishing a Uniform Tax Base
For purposes of Ohio’s municipal income tax, a taxpayer’s base is:

Tax-exempt items are defined based on whether the taxpayer is:

Under H.B. 5, some of the following items are tax-exempt:

Non-residents – Tax-exempt income for non-resident taxpayers is mostly the same as a resident with one key difference: a taxpayer’s distributive share income from pass-through entities is not taxable.

Net Operating Loss (“NOL”) Carryforwards
For taxable years beginning on or after January 1, 2017-and subject to a five-year phase-in process-Ohio’s municipalities will be required to allow a five-year NOL carryforward for all taxpayers.  NOLs generated in 2017 and later may be utilized up to 50% for tax years 2017 – 2022. Any disallowed portions may be carried forward, subject to the five-year limit.  Beginning in the tax year 2023, NOLs may be fully utilized.  NOLs generated prior to 2017 will still be allowed if the municipality’s ordinance previously permitted NOLs.

Occasional Entrant Rule
Under Ohio’s current occasional entrant rule, compensation earned by a non-resident is not taxed, and employers are not required to withhold tax on compensation if the employee works within the municipality 12 days or less.  H.B. 5 provides a uniform definition for “day” and increases the threshold from 12 days to 20.  An employer will not be required to withhold municipal tax on an employee if the number of days is 20 or fewer; however, employers are required to withhold tax on day 21 of employment but are not required to retroactively withhold on the previous days.  If an employer estimates that the work will take more than the 20-day threshold, the employer must begin withholding on the first day.

Pass-Through Entity Treatment
H.B. 5 requires taxing municipalities to apply its tax on pass-through entity (“PTE”) income at the entity level. PTE owners will continue to file their municipal income tax returns in their city of residence, but will not be required to file a municipal income tax filing return based solely on the revenue generated by a PTE.  Municipalities that had previously voted to impose a tax on a resident shareholder’s S-corporation earnings will still be permitted to continue this treatment.

Minimum Tax and Estimated Tax Thresholds
Under H.B. 5, any taxpayer that owes less than $10 will not be required to pay the balance; however, the taxpayer is still required to file all applicable municipal tax returns.  Municipalities are not required to refund any overpayment under $10.

Quarterly payments are required if the estimated tax for the year is more than $200, after subtracting withholding and prior year overpayment credits.  In order to avoid penalties and interest, a safe harbor is provided if the taxpayer was not located within the municipality at the beginning of the taxable year or if the taxpayer’s estimated payments equal or exceed:

Other Key Administrative Provisions
H.B. 5 provides a number of other administrative provisions aimed at providing uniformity and clarity for taxpayers’ municipalities.  These provisions include:

For questions of how H.B. 5 may affect your municipal taxes, please contact us. 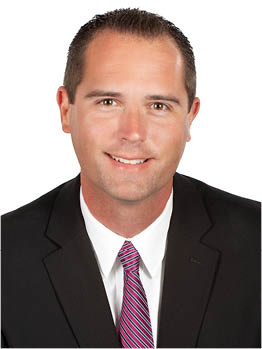