Will You Benefit from President-Elect Trump’s Tax Plan?

The results are in and Donald Trump will be our next president.  As tax advisors, we were paying attention to his tax plans as he was articulating them during his campaign trail. His plans included changes for individual taxes, business taxes, and estate and gift taxes. While some may argue these plans may not be good for our country, they are definitively good for your wallet. It is important to note that while both the House and Senate remain in Republican control, passage is far from assured.

Individual Taxes  Trump has proposed compressing the current seven brackets down to three: 12%, 25% and 33% would be the new brackets. These rates are lower than the current rates, especially at the top end. High earners will have a maximum tax rate 6.6% lower than in 2015 while lower bracket taxpayers will get a 3% reduction at most. Other beneficial proposals are the elimination of AMT (Alternative Minimum Tax) which snags many middle class taxpayers.  Standard deductions will go up to $15,000 for singles and $30,000 for married individuals filing jointly.

Other proposals are not as favorable. Itemized deductions will be capped, personal exemptions eliminated, and the ‘Head of Household’ status removed. It is also noted that the repeal of Obamacare, which Trump proposed, would likely remove the Medicare Surtax of 3.8% and the Hospital Insurance Surtax of .9% on higher wages.

Business Taxes  Trump has proposed reducing the corporation tax rate from 35%, one of the highest in the world, to 15%. He has also proposed an electable 15% rate for businesses conducted as pass through entities in certain circumstances. Similarly to individuals, the alternative minimum tax would be repealed. He has also proposed a one-time tax holiday for corporations to repatriate untaxed overseas earnings at a favorable 10% rate. Currently corporations cannot bring the substantial sums held overseas home to the U.S. without paying tax on it at 35%. Section 179, which allows equipment expenditures to be expensed, would be expanded. On the negative side, most of the business credits and special deductions except for the Research & Development Credit would be repealed.

Estate and Gift Taxes  Trump has proposed a repeal of the gift tax and will eliminate the estate tax. However, his proposed plan would tax the appreciation inherent in your assets of an estate greater than $10 million. The assets will not be taxed upon death, but only when the beneficiary sells the assets.

Whether any of these proposals will become law is still up in the air, but it is more than likely that they will be tweaked and changed through the legislative process in order to get them passed. We will continue to keep you updated during these events as they unfold.

If you have questions about any of these potential changes and how they might impact you or your business, please contact us. 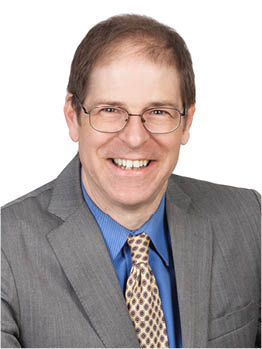