Leases and Contract Revenue: Get ready to roll out the new accounting standards

Two major accounting rule changes will soon go into effect — and they’re expected to have major impacts on how many manufacturers and distributors report their financial results. Here are the details, including what’s changing, when the changes must be implemented and how they’ll affect financial statements.

A new lease on leases

Of the two updates discussed here, the changes to lease accounting are much more straightforward.

In a nutshell, Accounting Standards Update (ASU) No. 2016-02, Leases, requires operating leases with terms longer than a year to appear on the lessee’s balance sheet. As a result, manufacturers and distributors will report leased warehouse space, vehicles, equipment and other property as right-to-use assets, along with the rent they owe as liabilities on the balance sheet.

The existing lease accounting rules in U.S. Generally Accepted Accounting Principles (GAAP) require companies to record lease obligations on their balance sheets only when the arrangements are similar to financing transactions, such as rent-to-own contracts for buildings or vehicles. So, operating leases are not reported on the balance sheet under existing GAAP.

This fundamental change in financial reporting will make lessees appear more leveraged than they did in the past — even if the company’s day-to-day operations haven’t changed. In some cases, the new standards will cause companies to violate loan covenants, requiring them to obtain waivers from lenders or renegotiate financing terms to reflect higher debt ratios.

For public companies, the updated lease accounting standard goes live in 2019. Private companies have an extra year to comply. Companies that issue comparative statements will need to start collecting data to implement the changes well in advance of these deadlines, however.

Major changes to the income statement

The changes will be significant, especially for manufacturers and distributors that enter into specialized, long-term contracts with customers. For some companies, the updated guidance will result in earlier revenue recognition than in current practice. This is because the new standard will require companies to estimate the effects of sales incentives, discounts, and warranties. The new standard also provides guidance on service revenue and contract modifications.

Nearly all manufacturers and distributors will need to beef up their footnote disclosures under the new rules. The update requires detailed breakdowns of revenue by product lines, geographic markets, contract length, services and physical goods. At the same time, companies will want to determine how the new rules will impact their tax returns.

Proactive manufacturers that have started the implementation process forewarn of the challenges. Last November, Christine DiFabio, assistant controller at Zoetis, a manufacturer of animal medicines, said during a panel discussion at Financial Executives International’s Current Financial Reporting Issues Conference, “For those people who haven’t started or are very early [along], try to start to speed it up, because while you may not think it will have a significant impact financially, it’s a significant impact on workload — and documentation efforts as well.” She described the accounting change as “all-encompassing.”

Michael Cleary, Boeing vice president of accounting and financial reporting, also acknowledged during the panel discussion that the changes under ASU 2014-09 would significantly alter when his company records revenue. Boeing’s customer contracts are typically long-term and complicated, so he formed a steering team, including officials from the communications and human resource departments, tasked solely with implementing the new standard.

With the implementation deadlines for the updated lease and revenue recognition standards fast approaching, it’s time to review your contracts. That’s the first step in implementing the changes. The next step is to contact your BMF Advisor to understand how the changes will affect your company’s financial statements and tax returns in the future.

Accounting Standards Update (ASU) No. 2014-09 will require companies to follow five steps when deciding how and when to recognize revenue:

The updated guidance will require companies to exercise more judgment when recognizing revenue than do the existing rules. We can help you make informed judgment calls based on the terms of your customer contracts. 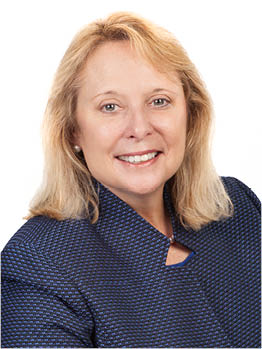