Watch Out for These Common M&A Deal Obstacles

Everything may be going according to plan in an M&A negotiation until something suddenly puts the entire deal in doubt. Perhaps the buyer gets cold feet after conducting a round of due diligence or the seller feels insulted by what he considers nickel-and-dime concessions.

Whatever the reason, such obstacles can kill a transaction. Although it’s probably impossible to avoid every road bump, anticipating problems and knowing how you’ll deal with them is critical.

When Buyers Hit the Brakes

Business buyers most commonly hit the brakes when they discover that their target company is different in reality than it looks on paper. This typically occurs in the early stages of negotiations during financial, legal, and operational due diligence.

One of the big issues that give buyers pause is poor recordkeeping. When conducting due diligence, if the buyer has trouble locating core information about the business’s revenues, assets, and debt obligations, it’s likely to disrupt and delay negotiations. Even when the information is all there, but it’s poorly organized, a buyer may have second thoughts. Poor recordkeeping can be a sign of weak management, systemic issues that may show up in other parts of the business, or even fraud.

Another common issue is when a seller’s marketing pitch is overstated and isn’t backed by hard numbers. Let’s say an owner tells prospective buyers that her company offers enormous growth potential. A serious buyer performs some research and finds that, when compared to its competitors, the business actually has a small market share and higher-than-average operating expenses. The buyer will, understandably, be wary about any further seller claims.

Of course, sometimes buyer deal-killers have nothing to do with sellers. Buyers may suffer unexpected financial losses or become distracted by a major lawsuit or regulatory problem. Or their financing may fall through at the last minute or fail to cover the full purchase price. In some cases, such interruptions are only temporary and the deal is still able to move ahead after a short delay.

Sellers are most likely to back out of deal negotiations because they’re dissatisfied with the price and terms of a sale. For example, they may not be willing or able to provide seller financing to a buyer that has lost a loan. Or sellers may believe their business is worth more than what’s offered. In extreme cases, buyers may be trying to hoodwink them.

Money isn’t the only possible obstacle. Early discussions with a buyer may sometimes give a seller a false impression about the nature of a prospective deal. Take, for example, a company whose owners and executives prize autonomy. In initial deal talks, the buyer may lead the seller to believe that the business will remain a largely independent unit after the sale. Later, however, the buyer may change its mind and decide it wants to fold the acquisition into its existing operations — giving the seller serious second thoughts.

Sometimes owners, particularly when they’ve founded and built the company from the ground up, simply decide they aren’t ready to relinquish control. Or they may worry that selling to a new owner would disrupt the loyalty of its vendors, customers, and employees.

How can buyers and sellers prevent such obstacles from ruining their deals? Sellers should start by getting their financial and legal records in order well before it’s time for buyer due diligence. A thorough review can reveal discrepancies and embarrassments before the buyer has a chance to find them. For buyers, it is important to secure deal financing that will cover the acquisition’s purchase price — before negotiations begin.

Whether you’re on the buy-side or sell-side, we can help you anticipate potential obstacles that are critical for both sides of an M&A deal. 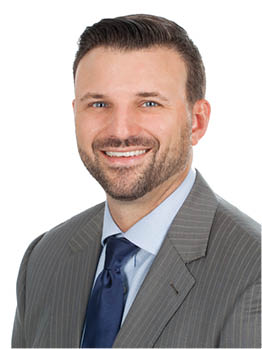