Take the Drama Out of Business Succession: A Case Study

The show revolves around a CEO patriarch who just can’t seem to designate a successor among his four children, or among anyone on his executive team. The resulting intrigue and corporate backstabbing that takes place during three seasons makes for interesting entertainment. But in real life, it’s no way to run a business.

All too often we’re working with business owners who delay putting a strong succession plan in place, at times to great disadvantage to the company’s long-term growth and its stakeholders. It doesn’t have to play out that way, of course, and much of our work in building these strategies falls around guiding owners and shareholders carefully through the process to a successful outcome.

Much has been written about succession planning – books, seminars, articles, podcasts, you name it. But I realize that perhaps I bring a unique perspective to the topic, not only as a senior advisor who has crafted many succession strategies during my nearly 50-year career but as someone who went through the succession process himself at the firm. In 2021, I led our firm’s transition to a three-person Executive Committee after having served 25 years as CEO and Managing Partner.

I’ve certainly lived this on both ends with a unique 360-degree view. What I’ve always felt when consulting with others is a strong feeling of responsibility to our clients and specifically, a sense of obligation to the families in our family-owned business clientele.

I’ve certainly lived this on both ends with a unique 360-degree view.

The succession journey is rarely predictable for many companies and is never the same. I have helped companies manage various transitions of leadership from moving operations to non-family members while the family retains ownership, to transitioning founders to a new team of leaders as they’ve moved to second or even later generations – once all the way to a fifth-generation! One project, though, has always remained forefront in my mind whenever I give advice about the urgency of putting a plan in place.

I once worked with a long-time client that had a strong leader and was a very successful company. The CEO had children prepared to take over, and he often mentioned that he was ready to begin transitioning the business to them.

In fact, there was a great deal of good conversation around the transition, but he was like a lot of people who struggle to face their own mortality. We had stacks of memos and plans that were drawn up, but never executed upon. After much heavy deliberation, the CEO finally agreed to begin the process in earnest as soon as he returned from a planned trip. Sadly, he died suddenly leaving it to his children and his executives, along with their advisors, to craft a plan for the succession of the business.

We were lucky that there was a framework created from our earlier stops and starts at succession planning. With him it was always “tomorrow,” but tomorrow never seemed to come. It wasn’t the way we envisioned but the outcome was successful for both the family and the company.

During my time doing this for many companies, I’ve noticed that there’s often a natural tendency in most CEOs to wonder about the next group of leaders, to question whether it’s a good time to move on or whether someone else can do the job as well. Over the years I’ve developed a process that involves equal parts of financial, legal and even some psychological support thrown in for good measure.

I remember watching my long-time mentor and the firm’s founder, Stanley Bober, navigate these tough waters a few times himself. I’ll always remember the way Stanley played Solomon in many difficult situations. Unlike so many people, he never shied away from having the difficult conversation that needed to be had. But if you knew Stanley, you saw that he had a gift for delivering tough information in a caring, honest way that just seemed to bring people around to a more constructive, collaborative point of view.

The mistakes we make along the way are often more instructive than our successes, and I learned early on that it’s critical to have a boot in both camps (current and future generations) during any succession transition. And you have to pay attention to everyone in the process, whether they’re a prime player or in a supporting role.

I have responsibilities to both parties, those handing off the business as well as to those assuming control. I know that’s difficult and at times competing interests can be at odds with each other. But it’s hard to reach a successful outcome without taking care to address the interests of everyone involved.

As I look back on my various succession experiences, both as advisor and participant, I lean on a few common lessons that guided my successful succession planning engagements:

Identify the Successor(s)
The most critical task for any CEO at the end of his or her time in that position is to identify the successor(s). Some people would say that should be your sole objective for your final years and months. It’s critical that the right choice be made, even if it’s a hard choice. You must be willing to make the tough call.
Have a Vision for Succession
Have a vision for succession to create long-term viability and prosperity for the organization that will outlast an individual CEO. You can’t build a house without a clear set of blueprints and that applies to succession planning as well.
Take the Time to Get it Right
Take the time to get the bylaws and infrastructure right. I spent countless hours with our own legal advisor going over the current governance of the firm. In many cases we completely started from scratch to get where we needed to be.
Involve All Stakeholders
To create a strong foundation of consensus at the end, you must pay attention to managing the various constituencies present in every organization and leadership hierarchy. It has to be an interactive process that includes all stakeholders along the way so they can understand, adjust and offer input along the way. You’ll always have some level of leadership turnover after an ownership change but you can’t come out of it with people factionalized or angry with each other.
Allow a Transition Period
Have a short transition period from old to new. At BMF, we put in place a structure where our new Executive Committee managed alongside me for a year, and then I stepped aside. Dragging it on too long becomes counter-productive.

The most important lesson learned, and what’s common to every successful transition, is that at some point you have to stop talking about it and execute. I’ve certainly taken the medicine myself that I’ve dispensed to clients over the years and as a result, we’re well-positioned at BMF to ensure that this third ‘generation’ of leadership in our 60+ year-old firm will continue to find new paths to growth.

Succession planning is about preparing for the future. So no matter what stage you are in your leadership transition (if at all), it’s never too early to begin that discussion with a simple conversation. And BMF is there with you during every step of the journey. 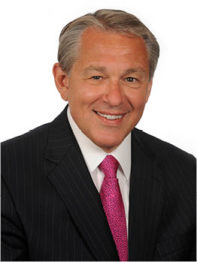 Business Succession Planning: Why buy-sell agreements are advantageous
Take the Drama Out of Business Succession: A Case Study
2021 Client Letter: A Year in Review
Navigating Uncertainty for Future Success, Together
Getting Back to Business as (un)Usual